There are reports that the Three Gorges Dam in China has failed: they have opened the ship-locks and are using that to disgorge water from the reservoir thereby relieving the pressure. This means that the dam cannot fulfill its function as a flood-control mechanism and the downstream cities are in danger of flooding. 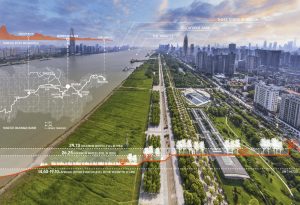 Even at the time of the dam’s construction there were concerns raised about the dam’s soundness, and there is some evidence (though not conclusive) that there was some fudging of the safety standards during that era. 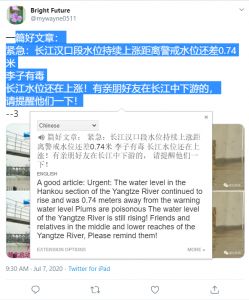 Recently there were a few photos from Google-Earth or somewhere showing a deformed dam which was quickly stated to be artifacts of composing the scene together of several satellite-pictures. Whether or not there is deformation is almost immaterial if the ship-locks are opened, for that means that the cities downstream will certainly be flooded. — The loss of life will be enormous, no matter what the Chinese government does now, and the destruction will likely be staggering in its scope.

Additionally, there are reports that China’s banking is under serious pressure: a Chinese company named Kingold, headquartered in Wuhan and specializing in gold processing and jewelry, took out a loan of about $2.8 Billion with pure gold as collateral… gold which turned out to really be copper with a thin coating of gold — and this is suspected true of 4% of China’s reserve gold, with some suspicions that it’s really much higher.
Those of you that watched the Chernobyl miniseries should spot a running theme here: lies cascading and interacting with reality snowballing into ever worse outcomes… without Truth, that’s where we are heading, it’s only a matter of time. 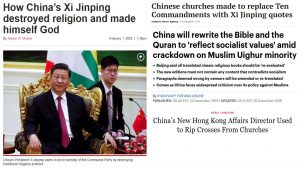 But we are not without hope here in the US, we can still turn to God through Jesus, and Do Justly, love mercy, and walk humbly with God.